Please contact us via the Form at weekends Thank you

No one likes sorting their own rubbish. It’s a nuisance because it makes people have to handle their garbage for a longer time than they’re comfortable with. Most folks like to keep clean, you know? Yet, you need to do that when dealing with skip bin hire in Perth.

Let’s break down the reasons, because yes, there is more than one. Since people generate a lot of rubbish on a daily basis, it’s integral that proper disposal is done. Otherwise, we’d be overwhelmed in short order. 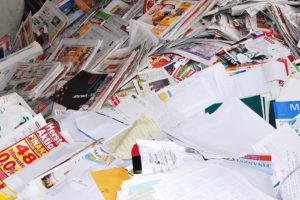 In general, most of the garbage ends up in landfills and dumps. While this does put it out of sight and out of mind, but it’s not a good idea.

A landfill is an environmental hazard. The contents of it can contaminate water supplies or the chemicals can compress into the soil. They’re also a potential source of methane gas, which is all sorts of trouble. A fire hazard or risk of explosion being chief among these issues.

This means that whenever possible, you want to sort rubbish. This helps make sure things go where they should, reducing the myriad risks.

The first thing to consider is the matter of food waste. An estimated 25% of all food is thrown away, which is a huge waste. A lot of that food spoils.

It’s better to separate them from the other rubbish and put them in a compost pile or for mulching. This means that the organic and food material ends up being useful, particularly for gardeners and landscaping projects. None of that happens if you don’t separate it.

Pollution is also a concern.

Yes, most people think of air and water pollution when they hear the word. This is understandable because those can be prominent issues. Between the bulk of rubbish and the challenges involved in handling it, it can be quite a problem.

However, trash is also a source of that issue. Pollution from trash is an eyesore and can be a source of a myriad of problems. It can make things like recreational areas a hazard.

There’s also the matter of cost. Dealing with rubbish of any sort can be expensive, and communities can spend a lot on the processing. This is money that could instead go to things like fire protection, libraries, and parks.

By sorting the rubbish before it’s picked up, you cut down on the processing price. The whole thing is also sped up, so more trash is processed in the same span of time.